Augmented Reality (AR) is a term for a live view of the physical environment whose elements are merged with, or augmented by virtual computer-generated imagery - creating a mixed reality.

A well-known example is the yellow first down line seen in NFL broadcasts. It’s not really there, but the gridiron reality is augmented by the yellow line, assisting fans in enjoying the game. 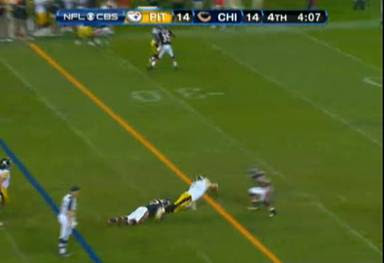 A less successful application was the NHL’s highlighted puck. 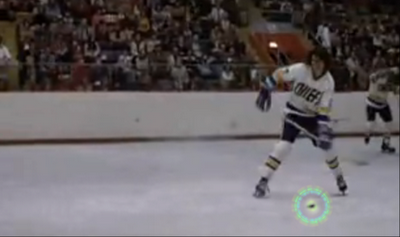 Fans preferred old-time hockey.
Topps Baseball Cards have gotten in on the fun. 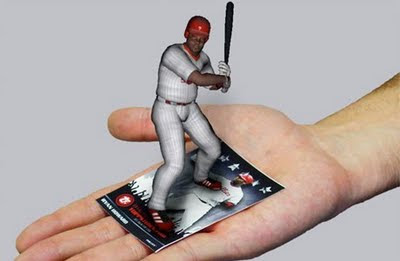 Hold the card in your hand before your camera, and the display will show a three-dimensional player. Moving your hand will cause the player to change its angle. Total Immersion has also stated that the avatars will be able to do things like batting, catching, and pitching. Take a look. 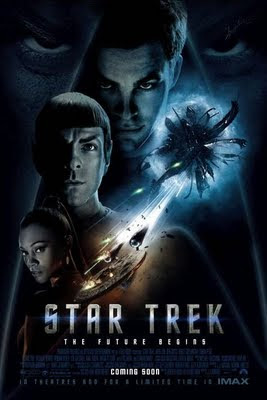 All you need is a webcam. Download and install an application, print out the poster, and you’re sort of holding the Enterprise in your hands. Try it, it’s pretty neat. If you don’t have a webcam, check out a demo on youtube.

Brian Selzer, co-founder of Ogmento has predicts that by “2010 every blockbuster movie is going to have a mobile AR campaign tied to it.” Really? Even period pieces? Romantic comedies? 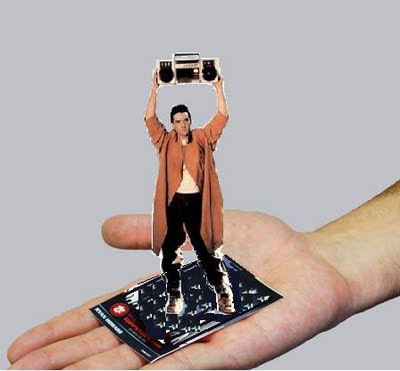 To get someone to buy something in a store, first you’ve got to get them to pick it up. This point-of-sale product demo from Lego will get people to line up for the chance. Take the toy in the box to a video kiosk, and you’ll get a preview of what you can build hovering right over the box.

Mobile Augmented Reality
Smartphones are the tools that will bring AR to the masses. Point your camera, and you’ll see an augmented reality on your camera’s video screen. 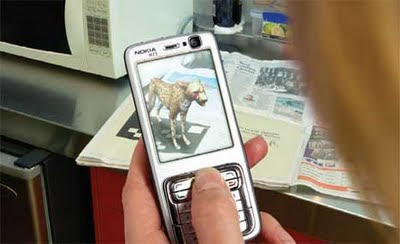 In New Zealand, Wellington Zoo’s Close Encounters exhibition was the first mobile AR advertising campaign. Advertising agency Saatchi & Saatchi brought a glimpse of the wild zoo right into the ordinarily tame medium of newspaper. In partnership with Hit Lab NZ,, software enabled mobile phone users point their phones at the printed box to see a 3D model animals that can be seen at the zoo. The ad reached 750,000 people, leading to a 32% growth in visitors at Wellington Zoo.

Your smartphone camera sees the real world that you see. Overlays can identify and provide information about what you are seeing: a picture, address, and phone number of a restaurant, its menu, its interior, user comments, and their website. For tourists and travelers these applications can serve as tour guides, identifying historic sites, points of interest and share user generated reviews.

GPS enabled phones can help you find everything, and there are plenty of brands happy to give you applications to help you find their stores. 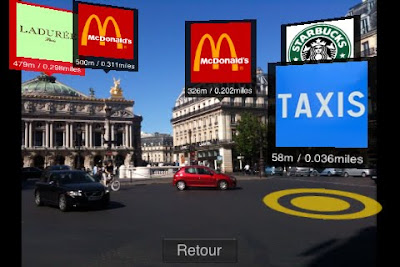 Endless Tourism Opportunity
Imagine visiting Rome and pointing your smartphone at the ruins of the Colosseum to see it as it stood in Rome’s heyday. 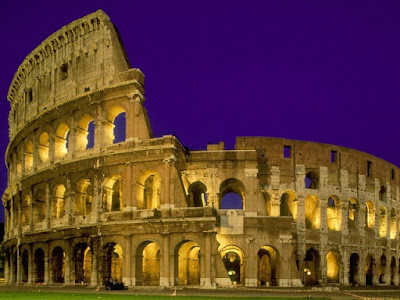 The market for AR applications on smartphones is so new that it has gone from virtually no users in 2008 to an expected 600,000 by the end of 2009, says Christine Perey, a principal at Perey Research & Consulting, who advises companies on mobile augmented reality. She predicts by 2012 there will be 150 million to 200 million users.

The wow wears off. 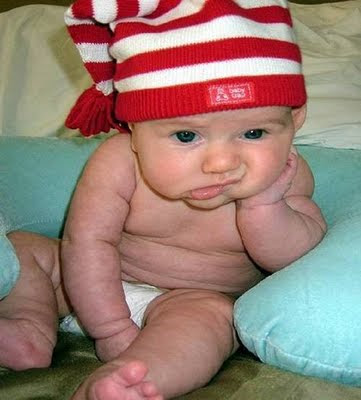 Once you get over the initial “wow, that’s pretty cool” factor, the apathy curve is pretty steep. Even groundbreaking communications technology becomes boring when there’s nothing interesting being said. Content is still king, where there is real value for the user, a helpful application, sustained entertainment, AR will thrive and help companies grow. Where AR is used for the sake of introducing and astounding people with AR, adding nothing of value, get your rocks off now. Burger King, I’m talking to you. 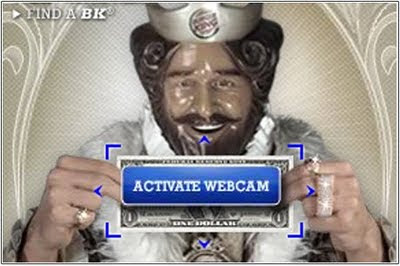 The future is limited only by our creativity. And our legal system. 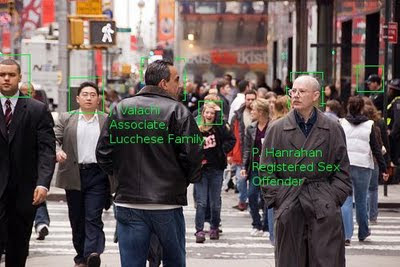